It’s a product that our mothers and grandmothers used daily. We were told that talcum powder was safe to use. Now, the truth has come out and one of the largest talcum powder producers in the country, Johnson and Johnson, is taking the heat.

Talcum powder is made from talc, the main ingredient in baby powder. It is a mineral made of magnesium, silicon, hydrogen, and oxygen. Talcum powder does well with absorbing moisture and helps to keep the skin smooth and dry and prevent rashes. Talc baby powder has been used in baby’s diapers for decades and is also found in various cosmetic products like blush. Women have used talcum powder for feminine hygiene for years. After looking into the effects of inhalation on infants, physicians began to recommend not using the product, as some natural talc contains asbestos, a known carcinogen. As a result, the type of talc containing asbestos has not been used in consumer products since the 1970’s, a controversy in itself at that time.

The main health concern is determining if people who have had long-term exposure to natural talc that may still contain asbestos like talc miners, are at a higher risk of lung cancer from inhalation.

In addition, scientists are looking into the connection between women who apply talcum powder frequently in the genital area possibly having a higher risk of being diagnosed with ovarian cancer.

The American Cancer Society released this statement: “Studies of personal use of talcum powder have had mixed results, although there is some suggestion of a possible increase in ovarian cancer risk.”  The American Cancer Society has also said, “The evidence about asbestos-free talc, which is still widely used, is less clear”. Some studies on animals have shown that talc can cause tumors, but others have not. Studies exploring potential links between talcum powder and ovarian cancer in women who use talc-based feminine hygiene products have also had mixed results.

In 1982, a Harvard professor, Dr. Daniel W. Cramer, and his colleagues compared 215 women with ovarian cancer and 215 healthy women who served as a control group. Compared with nonusers, women who used talcum powder were at nearly twice the risk for having ovarian cancer, and those who used it regularly on their genitals and sanitary pads were at more than three times the relative risk.

At least 10 subsequent studies echoed the results, with varying degrees of increased risk. But a small number of studies did not find a heightened risk for talc users.

In 2006, The International Agency for Research on Cancer classified talcum powder as a possible human carcinogen if used in the female genital area.

An article, in which Dr. Cramer co-authored, appeared in the Epidemiology journal (May 2016 – Volume 27 – Issue 3 – p 334–346) called “The Association Between Talc Use and Ovarian Cancer: A Retrospective Case–Control Study in Two US States. This study concluded that, overall, there is an association between genital talc use and epithelial ovarian cancer risk (EOC) and a significant trend with increasing “talc-years” of use.

Although controversy still remains as to whether talcum powder has been definitively linked to causing ovarian cancer, experts are recommending cessation of the use of talcum powder as it may cause harm to users.

In February, 2016, Johnson & Johnson was ordered by a Missouri state jury to pay $72 million in damages to the family of Jacqueline Fox whose death, at age 62, from ovarian cancer was linked to her use of the company’s talc-based Baby Powder and Shower to Shower for several decades. The lawsuit claimed that Ms. Fox had been using Johnson & Johnson products containing talcum powder, including the manufacturing giant’s trademark Baby Powder and its Shower to Shower body powder for 35 years for feminine hygiene, and it is believed they were what ultimately killed her.

In May, 2016, following a three-week trial in Missouri state court, jurors returned a 55 million verdict for Gloria Ristesund arising from compensatory and punitive damages as a result of her use of Johnson and Johnson’s talc-based powder products, which included the well-known Baby Powder and Shower to Shower Powder, on her genitals for decades. According to her lawyers, she was diagnosed with ovarian cancer and had to undergo a hysterectomy and related surgeries.

Johnson & Johnson has reported plans to appeal these jury awards and continues to insist on the safety of its trademark product. Moreover, they are still refusing to put a warning sign on products containing talc, despite the fact that its talc supplier has posted warning labels since 2006.

Litigation documents in these cases revealed evidence showing that that Johnson & Johnson was aware of the link between talc in products like Baby Powder and Shower-to-Shower body powder and ovarian cancer as early as 1995 and failed to warn consumers. Despite its talc supplier adding warning labels in 2006, Johnson and Johnson chose not to add similar warnings to its products, according to litigation documents.

If you or a loved one has been diagnosed with ovarian cancer after using talcum powder, call Central New York attorneys Brindisi, Murad, Brindisi & Pearlman. Johnson and Johnson kept this dangerous product on the shelves and failed to warn consumers, which put the health, safety and lives of people at risk. The People’s Lawyer is ready to fight for you and get you the substantial compensation you may deserve. Contact us for a free consultation today. 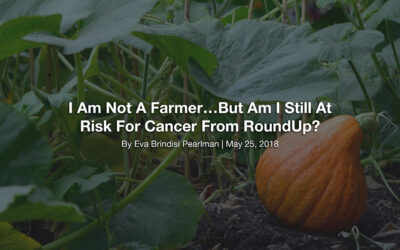 I Am Not A Farmer…But Am I Still At Risk For Cancer From RoundUp?

Millions of homeowners spend hours on their yards to keep them neat and trim. An enemy of this process is something homeowners know all too well: weeds. In order to combat them, many turn to herbicides like Roundup. However, the ingredients in Roundup weed killer...

END_OF_DOCUMENT_TOKEN_TO_BE_REPLACED 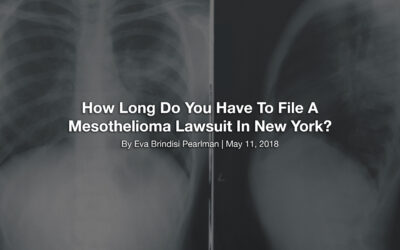 How Long Do You Have To File A Mesothelioma Lawsuit In New York?

For millions of Americans who have worked hard their entire life, retirement means finally relaxing and enjoying family. Unfortunately for some, their lifetime of work may come at a cost. After being exposed to asbestos many years ago, many victims are being...

END_OF_DOCUMENT_TOKEN_TO_BE_REPLACED 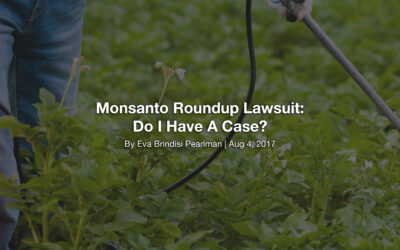 Monsanto Roundup Lawsuit: Do I Have A Case?

Monsanto is under fire because it failed to warn users of its popular weed killer Roundup of the increased risk of developing forms of cancer by being exposed to the product. One of Roundup’s main ingredients is glyphosate, deemed a probable carcinogen by the World...

Injured In An Accident?